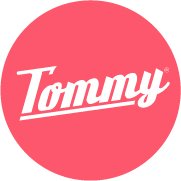 How to hijack an influencer

Working with influencers has become no less demanding or complex since I last took to the stage at IMW. From the rise of Creator Houses, which act as factories for influencer content, to the growing popularity of micro and nano influencers, there’s no wonder marketers can feel on the back foot.

At the heart of a great influencer strategy, is the importance of the match between the needs of the influencer and your brand. What do you have in common? You both need to create great content that feels authentic and is genuinely attention-grabbing.

Briefed by Netflix to attract a global audience to a niche German horror film, on a budget, we had our work cut out. Hold a premier, invite some influencers? Yeah, OK - but that probably wasn’t going to cut it. Design a premier experience that, from the very onset, was itself the creation of an unexpected, shocking and epic piece of content - that feels more like it.

We didn’t tell the influencers what to expect, we didn’t tell them what to say, we just made them part of the story. Add 100,000+ participants on Twitch to interact live and we had a formula for a launch that the influencers couldn’t help but share, and the brand could never have bought in the traditional way. The film? It made No.1 on Netflix in 57 countries.

I want to tell you how we think about engaging influencers, what we’ve learned by hijacking a plane full of vampires and help you to take this ethos and apply it to your own influencer strategy.